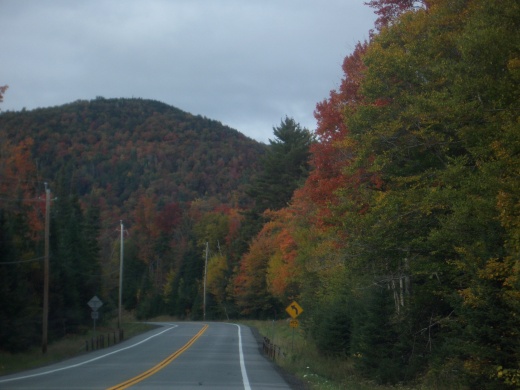 “It was the best of times, it was the worst of times.”  Dickens summed up not only a Tale of Two Cities, but also eating and pubbing in the Adirondacks.  Let’s face it, one minute you’re eating some amazing pate, sipping on a glass of Cabernet you’d be willing to break into Ft. Knox to pay for, and the next you really don’t want to know what the meat is in this bowl of, well,…what ever it is.  There is no short answer here, the Adirondack Park is 6.75 million acres, bigger than some New England states, so we’re going to have to take this one in pieces.  Since the Spring events coming up will probably drive your decisions on where to go, let’s look at some of the towns, eateries, and watering holes near those events:

That’s right folks, that’s my home town we’re talking about!  Where else can you see hundreds, if not thousands of Elvis impersonators wandering the streets of  the town in various states of disarray, shopping for T shirts that sport such witty phrases as “Your girlfriend wants me!”, or  hot pants saying “I’m a little Dear” with a brush painted Bambi across the transom.  Yes indeed folks, this event makes Coney Island look like Monaco.  But the entertainment value cannot be beat!!!!!  My advise,…go to SJ Garcia’s at 192 Canada St,(www.lakegeorge.com/business2350/Website/) ask for a window table, order a Sangria for you , a Pepsi for the kids, some chips and salsa, and watch the surreal parade!  But dinner is the clincher!  Get up there Thursday night for the party at the Adirondack Pub and Brewery (www.adkpub.com) there’s a five dollar cover and it starts at 9 PM , free with your “Blue Suede” pass.  There are dinner specials, and it’s reasonable with good food and great beer.  Ca’mon ,…”It’s one for the money…”

Hundreds of reenactors from all over the world come and stage battles, portray 18th Century life, and create a mammoth encampment around the walls of Ft. Ticonderoga.  It’s truly a step back in time, and great for the kids!  It goes on all weekend, but check to see when they’re going to stage the major battle, that’s pretty amazing to watch.  Lunch is best at the Fort snack bar, believe it or not!!  All the food is cooked to order, and the view in the dining room is among the best on Lake Champlain.  At the end of the day head back on Rt. 9 to Bolton Landing to the elegant Sagamore Hotel on Lake George.  Go up to the gate and tell them you want to go to dinner at  Mister Brown’s Pub (www.thesagamore.com/dining/mrbrownspub.php), a much less pricey alternative to their flagship Trillium Restaurant.  Bridget and I went up for Valentine’s Weekend last year and had a great time!  Think about a nightcap at the Veranda, where Afternoon Tea is served Saturdays from 12:30 to 3:30, reservations required.  There’s also a Sushi and Raw Bar from 4:30 to 6:30 daily that time of year. (www.thesagamore.com/dining/veranda.php)

This stuff should get you through to the 4th of July, I’ll address that separately real soon! – Chris

Adirondack singer, songwriter, and storyteller
View all posts by adkchrisshaw →
This entry was posted in Uncategorized and tagged adirondack restaurants, events. Bookmark the permalink.